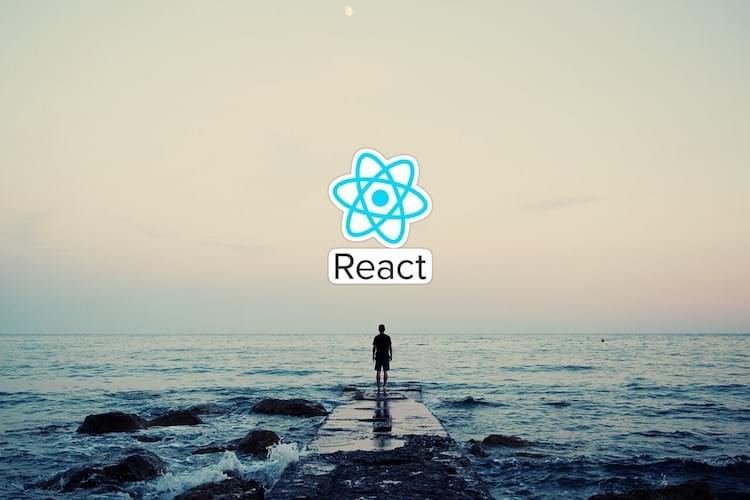 I’ve told you in my previous post about React that his is how I felt every time I had to code JS:

Then I came across ReactJS and the Flux architecture. I wouldn’t say it’s our salvation but I really like the direction it’s going towards.

Go and check out JSX

So you can pass properties to components upon instantiation. These initial properties are later accessible via this.props.

What’s important to see here is that the DOM event handler (handleClick) does NOT propagate any events or does not call any other handler! It simply updates the component’s local state which results in a re-render. We could say that it’s React’s job to keep the view (rendered components) in sync with their state.

What is Flux, again?

Flux is the application architecture that Facebook uses for building client-side web applications. It complements React’s composable view components by utilizing a unidirectional data flow. It’s more of a pattern rather than a formal framework

The point of Flux is to be more of a functional programming style and do something better than MVC. Flux eschews MVC in favor of a unidirectional data flow. When a user interacts with a React view, the view propagates an action through a central dispatcher, to the various stores that hold the application’s data and business logic, which updates all of the views that are affected. This works especially well with React’s declarative programming style, which allows the store to send updates without specifying how to transition views between states.

A really quick & dirty Flux primer, a.k.a. the key parts of the Flux architecture

(A quick summary From the Flux docs)

Why do we need a dispatcher? Well, as your app grows, stores (see below) will for sure start to depend on each other.

When new data enters the system - be it through a user clicking around on the UI or through an AJAX response, that data is packaged into an action – an object containing the new fields of data and a specific action type. Actions are identified by a type attribute. When all of the stores receive the action, they typically use this attribute to determine if and how they should respond to it. In a Flux application, both stores and views control themselves; they are not acted upon by external objects. Actions flow into the stores through the callbacks they define and register, not through setter methods.

Letting the stores update themselves eliminates many entanglements typically found in MVC applications, where cascading updates between models can lead to unstable state and make accurate testing very difficult. The objects within a Flux application are highly decoupled, and adhere very strongly to the Law of Demeter, the principle that each object within a system should know as little as possible about the other objects in the system. This results in software that is more maintainable, adaptable, testable, and easier for new engineering team members to understand.

There’s a blog post about the differences between Flux and Reflux, the key takeaway is that in Reflux:

Let’s create a very simple application: an image grid which periodically fetches the latest public photos from Flickr and also add a button to be able to trigger the refresh. You can see it working at https://reflux-sample.ochronus.com/. You can find the sources on Github

I’ve used this yeoman generator to kick off the basic structure of the project.

Under app/scripts three folders are created: components, actions and stores. We know about actions and stores from the previous section and we also know that dispatching is moved to actions+stores in Reflux. There’s also an app.js and a Router.jsx which serve as the application’s entry point. I won’t talk about react-router now, it’s not relevant for this article, let’s just accept that it helps with client-side routing (with the location hash), for now the default route (/) is enough.

The ‘components’ folder contains our React components. There’s a simple hierachy here, if you check out routing Layout contains Home, a specific page. Home itself uses ImageGrid to display the actual image grid.

Actions and Stores, oh my!

This means there’s only one action for the image list: fetching it. Looking at stores/imagestore.js:

listenables is the special thing here: it autoconnects actions with stores. Here we specified that ImageStore should be notified if any ImageActions action occur. Remember, there’s only one for now: ‘fetchList’. An automatic function invocation is done then, the function with the same name or one with the ‘on’ prefix is getting invoked on the Store. So, in our case it’s either ‘fetchList()’ or ‘onfetchList()’ - I used the former.

So at this point whenever the action ‘fetchList’ is invoked, the ‘fetchList()’ function of ImageStore gets called.

later in this file:

With specifying mixins we say that we’d like to connect this component’s state with the ImageStore. What this means is that whenever the store reacts to the action (in our case the single fetchList() function) the component’s state will be updated somehow. In fetchList() there’s a line ‘this.trigger(this.imagelist);’ - this is the one responsible for updating all subscribed component’s states. This state is then accessible in the component through this.state.whatever (whatever == what we specified at the mixin definition).

So, long story short: we define actions, state which stores should be notified for them and then connect components with stores through compontent state.
Why is this good?

In the background React does it’s job: if a component’s state is changed, it’s getting re-rendered.

There’s an example of this in components/home.jsx:

I’m also setting up an automatic fetch every 5s in app.js:

I hope this simple project helps you get started with React and Flux, stay tuned for a ClojureScript version, coming soon!